This Smoked Pulled Ham is ham is slow smoked and glazed with a tasty apricot jam/BBQ sauce combo for the most amazing bit of pork deliciousness you’ll ever have.

Pulled ham is the recipe you never knew you needed. And while you may be familiar with pulled pork, you may be wondering how to to get a similar result from a whole picnic ham.

I first heard about pulled ham from Caytlin McCleary of Cayts Meats and Meals. Cayt masterfully pulled off a pulled ham recipe, and I gotta tell ya, the results looked INCREDIBLE.

After seeing her creation, I knew I had to try this out and put my own spin on it. After all, salty ham shredded apart lends itself beautifully to eating it as-is, or sticking it in a sandwich or making some sliders for a neighborhood BBQ. Sounds like a winner in my book! 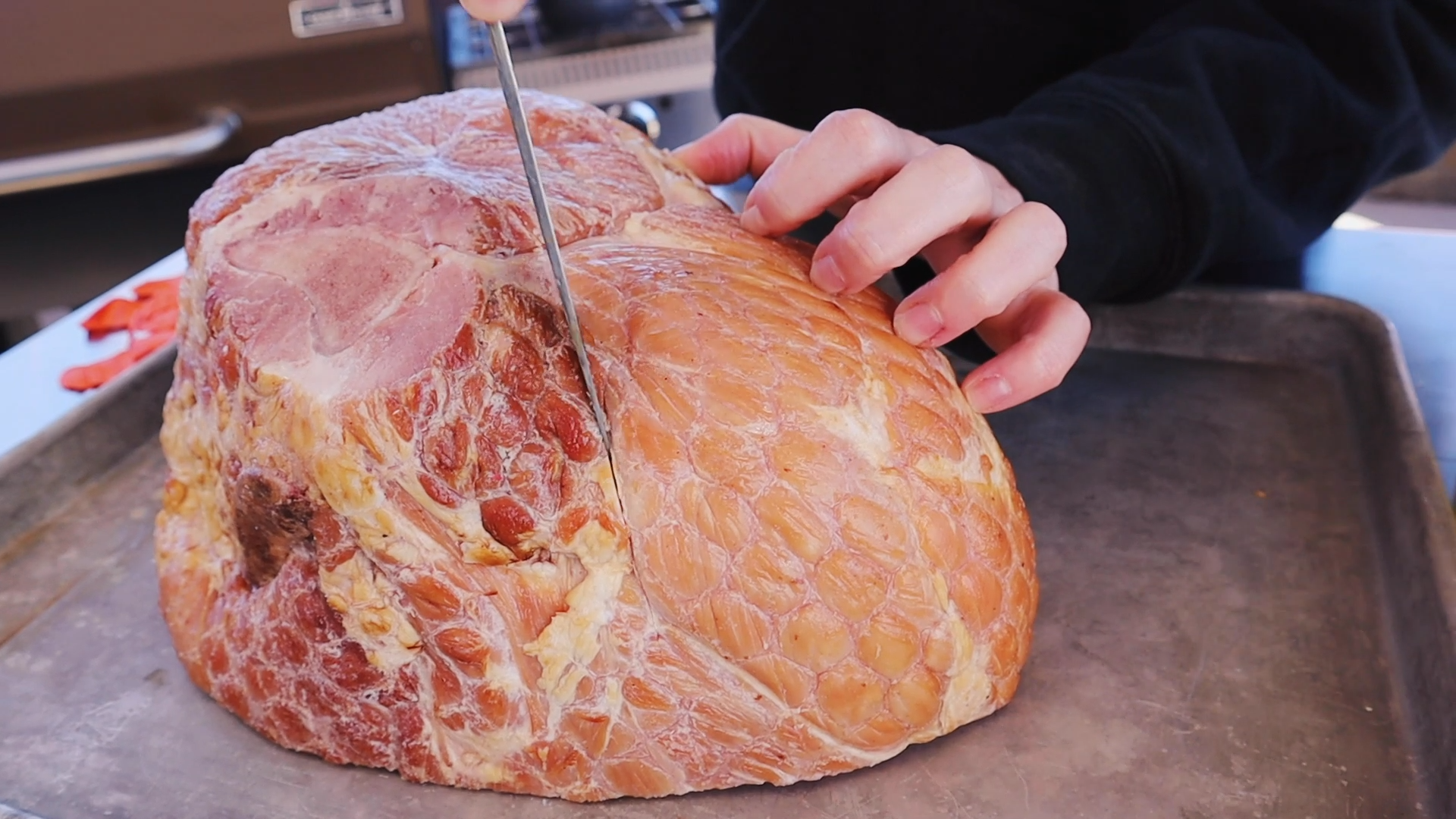 Basically, what we’re doing here is following a similar process like we used for making pulled pork (from a pork shoulder), but we’re applying this to a picnic ham.

Make sure you purchase an uncut whole ham. You do NOT want a sliced or spiralized ham, as they will not shred. Aim for 8-10 pounds of ham with the bone in. 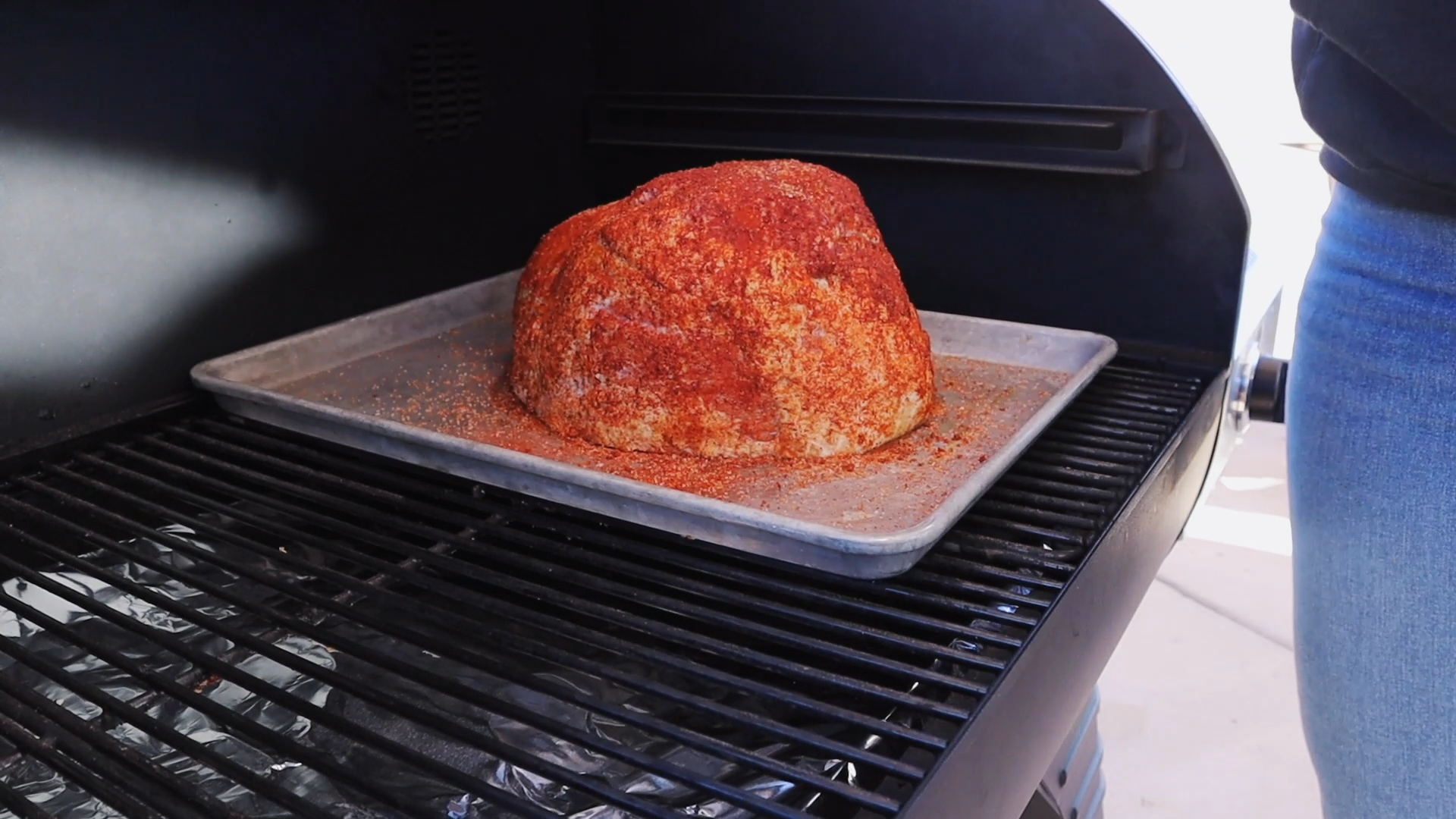 How to Make Smoked Pulled Ham

Here’s how to make this delicious ham. If you’re a visual learner, scroll down to the recipe card and check out my step-by-step instructional video!

Make sure to smoke this ham to temperature as well as TEXTURE. You want your ham to be extremely tender, with the thermometer sliding into it like softened butter. Remember that every meat and every smoke will be slightly different, so plan for some variation in cooking time to get this ham juuuust right. 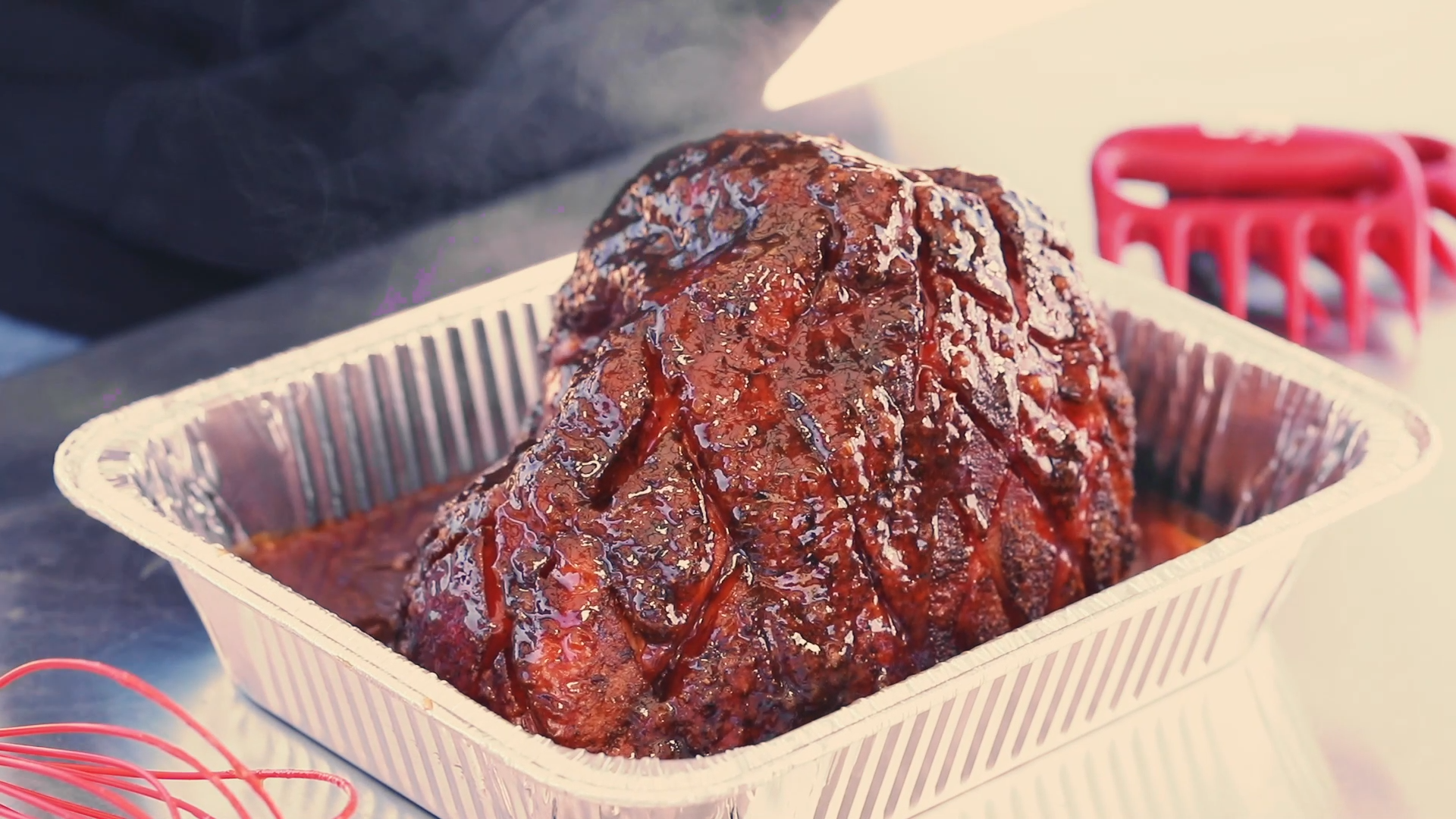 Smoked ham is the most amazing way to cook ham. It’s my go-to on Easter, and it’s delicious for Sunday dinner. Try more of my Smoked Ham recipes below! 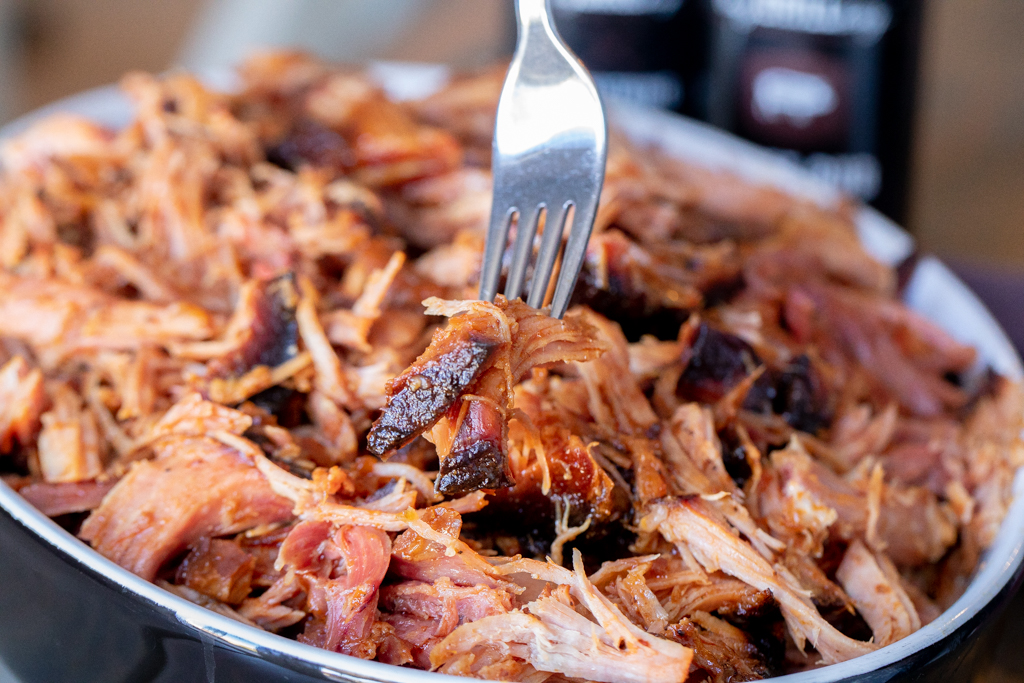 Ready to become a backyard BBQ hero? Join my members-only group The Grill Squad for full access to all my meat, rubs, sauces, and meat buying masterclasses, podcasts, and so much more. It’s an amazing community of grillers that will help support you and increase your confidence of all things BBQ.

Creating a holiday dinner for your family should be stress-free, and Hey Grill Hey is here to help! Over at Patio Provisions, we have sauces, rubs, and more to help you make the most of your holiday planning. Check it out today! 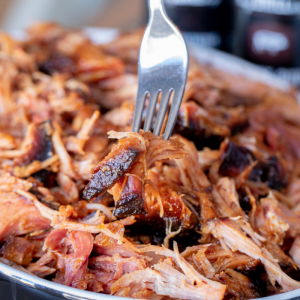 This Smoked Pulled Ham is ham is slow smoked and glazed with a tasty apricot jam/BBQ sauce combo for the most amazing bit of pork deliciousness you’ll ever have.

0 comments on “Smoked Pulled Ham with an Apricot Glaze”